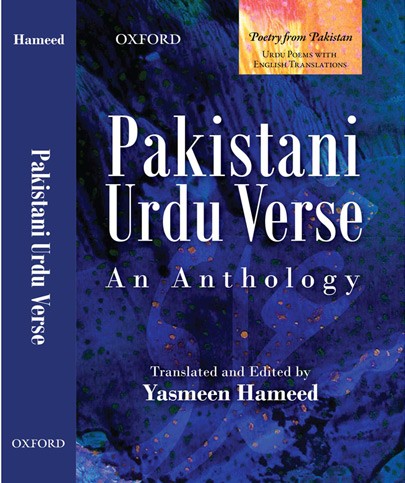 This book is an anthology of the Twentieth-century Urdu verse from Pakistan, representing 63 poets from the region. The selection focuses on the verse-form called the nazm and is a compilation of the diverse range of themes and practices that popularized the genre as it developed through the modern and post-modern literary trends of the century. The Urdu nazm entered a new phase of evolution where poets like Noon Meem Rashid and Meeraji broke away from the traditional confines of this form and opted for something more amenable to themes defining a new sensibility. However, traditional elements also continued to exist, especially in the use of languages, which were worthy enough to be accepted. Structurally, thematically and linguistically, the twentieth-century Urdu nazm , either suggests a complete shift from earlier practices or is a fusion of the new and the traditional. The selection in this anthology represents these trends, some of which become popular, whereas, some remained and continue to remain significant as agents of change.

“A Market Place.. This World”

The dense filth of hashish and gunpowder flowing through blood drains;

The first person I met was a blacksmith. In a day he had prepared, the contrivance for my execution

A few showers on the path made fragnant the earth; cautiously from a distance landed in the heart, sword-like

Even if my eyes were to become soles of your feet,
you would fear that I may not be able to see

“Look at the Sky from Here”

You are exhausted, my friend, Eyes wearing the journey’s dust,
barren lands echoing in spent silence.

“To the Ocean Must All Return”

Whispers speak: Come,
for years I have yearned, called out for you.

“A Poem for Trees”

Every tree has its own form,
its own habits, its own agonies.

Rats were our family friends.
In black days of hunger

By destiny or a miracle, we are not bound;
My love, that of an ordinary man.

“A Bridge being Built”

I ask them: How is a bridge built?
The builders say: Have you ever known love?

“A House to Remain Empty”

There is a house so big, even in my dreams
I cannot fathom its vastness.